Dolby audio is available for Windows 10. Even so, you still have chance meeting problems after you upgrade the system to Windows 10. The most common issue is that you are expected to install an older version of Dolby Digital Plus. For instance, you have installed version 7.6.3.1 in your computer, but the error message saying that you need version 7.5.1.1(The error would appear like screen shot shows). Here you will learn how to fix this issue.

Try the solutions below to fix this issue.

Solution 1: Uninstall the audio driver then reboot the system

After uninstalling the driver and rebooting the system, the Windows will load the driver automatically. This is supposed to install the right version driver.

If you are not sure how to uninstall the driver, follow steps below:

3. Right-click on the audio device name. A context menu will pop up. Choose Uninstall. 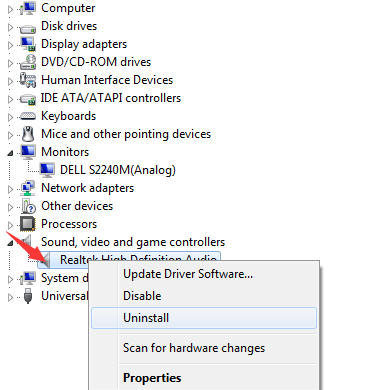 4. Reboot the system and see if the problem resolves.

The issue would occur if the audio driver contains newer but incompatible drivers for the Dolby Home Theater. Install the older version audio driver, then the issue should resolve.

1. Check for the installed version of the audio driver

1). In Device Manager, locate audio device and right-click on the device name. 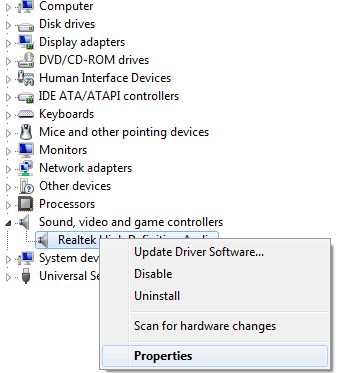 3). Click Driver tab. Then you will get the Driver Version in this tab. 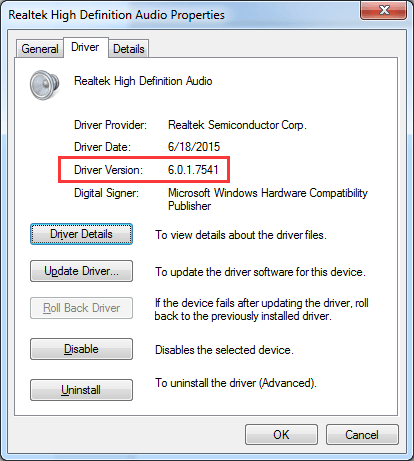 Windows 8 and Windows 7 drivers are always compatible with Windows 10. So you can find the older driver by starting with Windows 8.

If you want to update all drivers, you can use Driver Easy to help you. Driver Easy is the program which helps detect problem drivers in your computer, and download and install new drivers. With Driver Easy, you can update drivers in seconds.

Via Kuang 8 months ago