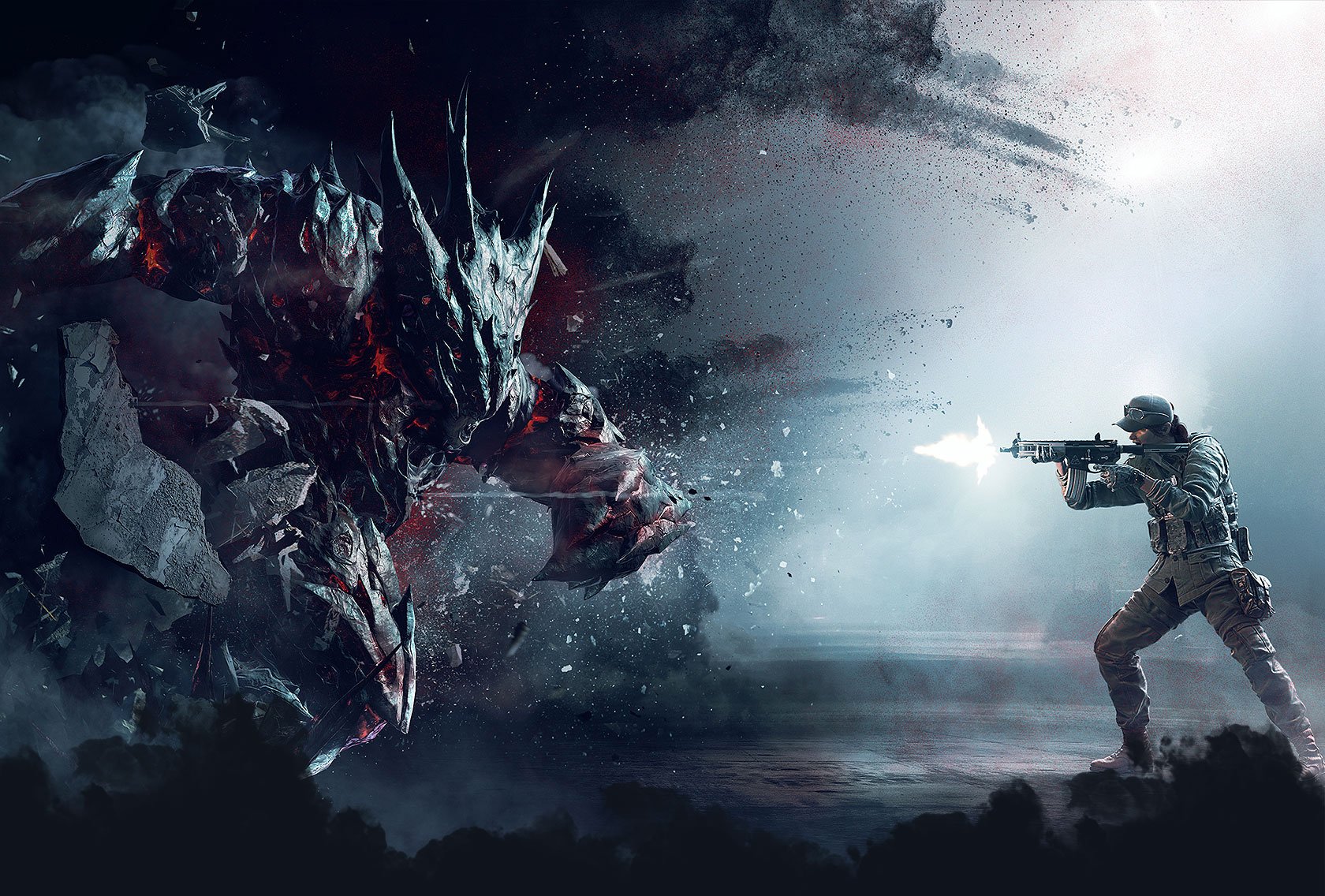 Many Rainbow Six Siege gamers keep complaining about the PC lagging issues. The word lag is always a pain in the ass. Actually, PC game lagging happens a lot and unexpectedly on Windows 10/8/7, but the good news is that this can be easily solved. For Rainbow Six Siege lag, in particular, we’ve put together some fixes that have helped other players.

No matter what kind of game issues you’re facing, you’d better check your PC specs first to see if your PC meets the minimum requirements of Rainbow Six Siege. Although Rainbow Six Seige is pretty an old game, released in 2015, it has a fairly high demand for your RAM.

A quick way to check your PC specs: type dxdiag in the Windows search bar, and press Enter.

Note: Rainbow Six Siege conflicts with MSI Afterburner, SLI and Crossfire, so you’d better close or uninstall them. It’s also helpful to kill Discord for it really eats up a lot of CPU. What’s more, remember not to overclock your PC.

After comparing your PC spec with the minimum requirements, you’re ready to try these fixes below if there’s absolutely no problem with your gear. You may not need to try them all; just work your way down from the list until you find the one that works for you.

First, make sure you have the latest graphics driver, sound card driver, and network driver installed, especially the graphics driver, for an outdated driver of these three devices can deliver a really unhappy gaming experience.

Manufacturers like NVIDIA and AMD keep releasing new graphics card drivers designed for lately released games, also for old games to improve performance and fix bugs. Therefore, you may need to check for updates in NVIDIA or AMD and install the latest driver every time your game lags, crashes, or freezes.

Besides manually update your driver, you can do it automatically with Driver Easy if you don’t have the time or patience to do that yourself.

Plus, you can perform a driver back up, driver restore, driver uninstall easily with its additional tools.

How to update drivers with Driver Easy?

3) Click Update next to your graphics card driver, sound card driver or network driver to automatically download its correct version, then you can manually install it (you can do this with the FREE version).

Or click Update All to automatically download and install the correct version of all the drivers that are missing or out of date on your system. (This requires the Pro version which comes with full support and a 30-day money back guarantee. You’ll be prompted to upgrade when you click Update All.)

4) After updating your drivers, please restart your PC to make sure Windows is ready for the new drivers.

Adjust your graphics settings to see if the performance picks up a little. This is not a guaranteed fix, but it definitely worths a try.

However, it’s not recommended to set your Shadow Quality to low or off, or you won’t be able to see people’s shadows. You can set it to medium instead if you do need this feature. Don’t go higher, because the sad truth is that it can really make your game slow.

Settings like antialiasing and ambient occlusion for example can reduce your framerate significantly. If your feel your game is choppy, try turning them off.

Fullscreen optimization is a blend between borderless and fullscreen. This feature might be the culprit causing the Rainbow Six Siege to lag. Here’s how to disable it:

1) Go to the directory where you installed your Rainbow Six Siege.

Note: If you’re not sure where it is, you can run Task Manager (Ctrl + Shift + Esc) and go to the Details tab when the game is still running. Right-click your .exe game file and select Open file location.

3) Go to the Compatibility tab and tick the box Disable fullscreen optimization and also Run this program as an administrator.

Changing priority to high helped many players fix their Rainbow Six: Siege lag issues. Here’s how to do it:

1) While the game is running, press Ctrl + Shift + Esc at the same time to open Task Manager.

2) Go to the Details tab and locate your Rainbow Six: Siege.exe. Right-click the main .exe file and move over to Set priority, then select High.

3) Confirm the change if you’re prompted for permission.

4) If this doesn’t work for you, select the .exe file in the Task Manager and select Set Affinity, then uncheck the box CPU 0 and click OK.

V-Sync helps synchronize your game’s screen refresh rate to the specifications of the monitor. Since most people prefer to turn off V-Sync in-game and it does fix some major issues sometimes.

For Rainbow Six Siege, however, if you’re experiencing serious lag or stuttering, you can try turning it on instead. Some gamers find turning on V-Sync in the Display settings fix their lagging or stuttering issues.

Rainbow Six Siege has a built-in FPS cap that can be accessed by the GameSettings.ini which is located in your Rainbow Six folder under your My Games folder.

Here is how to find the setting files for Rainbow Six Siege:

2) Select Rainbow Six Siege, and you will see a string of random code which is your ID. Inside this folder is GameSettings.ini.

[DISPLAY]
FPSLimit => Limit the game's fps. Minimum of 30fps. Anything below will disable the fps limit.
Brightness=75.000000
FPSLimit=60

You can go to the Microsoft official website for the latest supported Visual C++ downloads.

After reinstalling, try playing your game again to see if the lagging issue still bothers you. If the annoying lag persists, you can try the next fix.

2) Press Ctrl + A to select all the temporary files and press Delete.

Note: Some files may not be able to be deleted. If you are prompted about files that are missing or in use, click the check box next to Do this for all current items and click Skip.

This method works for many players as it will stop overlay conflicting if that’s the cause of Rainbow Six Siege lagging.

1) Open Uplay and click the gear icon on the top right corner.

2) Click Settings, then go to the General tab, and uncheck the box Enable in-game overlay for supported games.

3) Open Steam and navigate to Settings.

4) Go to the In-Game tab, and uncheck the box Enable the Steam Overlay while in-game.

Try playing Rainbow Six Siege again to see if the lag is gone for now.

This works for many Rainbow Six Siege players, and you can also turn off everything related to Game DVR or game recording if this didn’t do the trick.

If all fails, you may need to clean reinstall the Rainbow Six Siege. This may be the last resort and most of the time, it really works.

Via is a technical writer for Driver Easy and an avid reader in daily life. She got her start as a professional writer at the beginning of 2019, writing about technology and artists, then her enthusiasm for technical and intellectual stuff brought her to Driver Easy. She's passionate about helping people solve their day-to-day tech issues with how-tos and tutorials. She enjoys writing tech articles and ensures they’re as accurate and in-depth as possible. When she's not writing, she's exploring tech news, PCs, geek culture, art, exhibitions, rock & roll and literature.