Play it, hum it, sing it, or whistle it to find out 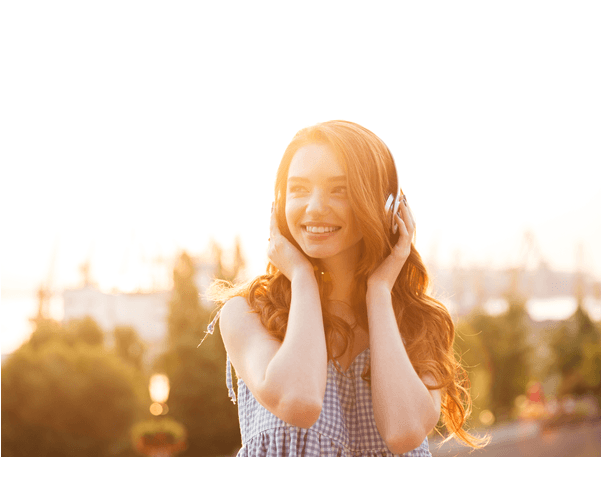 Hear a song you love, and want to know what it’s called? You’re in luck. Long gone are the days when you had to call a friend and hum the tune, taking a stab at a word, here and there. There are now a bunch of awesome tools out there that will tell you exactly what you’re hearing – some of them instantly…

6 ‘What Is This Song’ Options

If you frequently find yourself in this ‘what’s this song?’ conundrum, and you’re not a fan of your phone’s assistant, you should try a dedicated song identifier app, such as Shazam.

Shazam is the most popular song identifier app in the market. It’s available on iPhone, iPad, Mac, and Apple Watch, as well as Android and Wear OS devices.

Shazam has been fully integrated into the iOS system, even for Apple Watch. You can either call out Siri on Apple Watch to name the track being played around you, or you can download Shazam onto your Apple Watch, then start Shazaming.

To use it, simply download and install the app from Google Play Store or Apple App Store. Then open the app and tap the big S logo within the Shazam app. It’ll start listening for a couple of seconds and return to you all the relevant information you’d need to know about the current song, including its title, album and artist, as well as links to track on the more popular streaming services (Apple Music, Amazon Music, YouTube Music), where you can listen to and/or buy the song.

TIP: You can configure Shazam to start listening as soon as you open the app, so you only have to tap once to identify a song.

Shazam’s usually a bit faster and more accurate than SoundHound (discussed below), but usually no more so than Siri and Google Assistant.

That said, Shazam also has some downsides. One of the biggest is that it only identifies original recordings of a song, which means it won’t identify a song you hum, sing or whistle. It also doesn’t have voice commands, which means you’ll always have to pull out your phone and fire up the app to name a song.

* Fortunately there’s a workaround of sorts for the ‘no hands-free’ problem: just set Shazam to identify song as soon as it opens, then use your phone’s assistant to start Shazam, hands-free. I.e. Say “Hey Google start Shazam” or “Hey Siri start Shazam” and Siri will fire up and immediately try to identify the current song. No hands required!

SoundHound is another well known song identification app. It works pretty much the same as Shazam, allowing you to identify a song at the tap of a button.

To use SoundHound to identify a song, simply download the app from its official website and install it. Then open the app, tap the big orange SoundHound button and hold your phone near the music. SoundHound will then identify the song.

But although SoundHound is quite similar to Shazam in its basic operation, there are two things that are very different…

The first big difference is that SoundHound can identify songs that you hum or sing to it. Shazam can’t do this. So long as your singing isn’t wildly off key, SoundHound will be able to tell you what the song is.

And the second big difference is that SoundHound has a hands-free mode. So if you’re driving or cooking or for some other reason just can’t touch your phone, you can simply say “OK, SoundHound, what is this song”, and it will instantly start listening and identify the song.

If you use an iPhone or Android phone, your simplest option for identifying a song that’s playing is to just ask your phone’s assistant.

On the iPhone, that assistant is called Siri. On Android, it’s called the Google Assistant. On a Samsung Android phone, it’s called Bixby. All of these assistants have an in-built ‘what’s this song’ feature.

Here’s how to use it:

To set up your assistant so it works even when your phone is locked:

Google’s Pixel phone takes song ID to a whole new level: it automatically identifies any song being played nearby, and shows you on your lockscreen! (Even without an internet connection.) So if it’s time for a new phone, make it a Pixel. Currently you can get a Google Pixel 4 XL – Just Black – 64GB – Unlocked (Renewed) for just $344.75, which is 56% off of its original price.

Siri vs Google Assistant vs Bixby: Which phone assistant is the best for identifying songs?

Both Siri and Google Assistant identify songs quickly and accurately – generally just as quickly as the dedicated song identification apps discussed below.

In fact, Siri actually uses Shazam as its engine, so it’s just as fast and accurate as the Shazam app. And Google Assistant has been one of Google’s highest development priorities for a few years, now. It’s critical to their future plans. As a result, the Google Assistant is usually just as good as Shazam.

Bixby, on the other hand, is less accurate and significantly slower than both Siri and Google Assistant.

All three phone assistants require an internet connection in order to identify songs.

Google’s Pixel phone takes song ID to a whole new level: it automatically identifies any song being played nearby, and shows you on your lockscreen! (Even without an internet connection.)

So if it’s time for a new phone, make it a Pixel.

The Pixel 4a is our pick for the best budget phone going around at the moment.

The Pixel 5 is our pick for the best mid-range phone.

Buy a Pixel on eBay

You can also buy a Google Pixel on eBay, but before you do, make sure you subscribe to Coupert and install their browser extension. Then you’ll get a cash back when you buy.

Option 5: Use a smart speaker

If you have a Google Home smart speaker, and you hear a song nearby that you like (e.g. a movie soundtrack), you can just say, “Hey Google, what’s this song?”, and your Google Home speaker will tell you.

The Amazon Echo can also help.

The Echo is a smart speaker, but it doesn’t just play music; it also has Song ID. To get your Echo to identify a song for you, simply say Turn on ID at any time, and it will announce the title and artist of each song before it plays.

It doesn’t work that well if it’s playing a radio station, though. It only tells you the name of the station, rather than the song being played.

Bonus Tip: If you’re a Prime member, you can stream music to your heart’s content with Amazon Music‘s huge catalog of 30 million free songs.

Buy one on eBay

You can also buy a smart speaker on eBay, but before you do, make sure you subscribe to Coupert and install their browser extension. Then you’ll get a cash back when you buy.

If the methods above fail, and you really HAVE TO find out what that song’s called, you can always on the WatZatSong forum.

You post a recording of the song and/or describe as much as you can about it, then wait for other music lovers to tell you the answer.

Just like music, books are another essential ingredient of our life. However, in this increasingly chaotic world, it could be hard to find a time to sit down and enjoy a physical book. This is where Audible comes to the mix.

Audible is Amazon’s audiobook service that allows you to listen to your favorite books. By putting over 200, 000 audio programs at your fingertips, you can enjoy any audio content, whether you are having some quiet time to yourself or on the go (running errands, while on the commute, or taking a walk).

With Audible, you can instantly dive into the most captivating crime thrillers, tune into mindful meditation programs, and indulge in any intellectual readings that give wings to your imagination. It could be just like every other paper book, but in its audio form – an engaging story-telling way that transports you to universes unveiled in front of you.

And the good news is, for a limited time, Audible is offering a 30-day free trial so that you can explore its extensive catalog of content at your leisure. During the trial, you will have unlimited access to everything that comes with a standard Audible Plus membership: unlimited Audible Originals, Audiobooks, and Podcasts. After the trial, you can choose to stick with the subscription, which starts at $5.95 per month. Alternatively, you can opt out if it’s not your thing or even audiobook reading is too hard of a daily commitment for you.

Here is how to get 30 days of Audible for free:

REST ASSURED – Within your first 30 days of signing up, you can enjoy full access to Audible’s extensive audio books library. If you don’t like it, cancel it anytime during the trial and you won’t be charged.

There you have it – six easy ways to help you identify the name of a song. Hopefully this will help make your music listening experience better! Feel free to share your ideas, suggestions and questions with us in the comment section below. Thanks for reading!

Enya is a technical writer and one of the main contributors to the Driver Easy knowledgebase. Although most writers couldn’t think of anything worse, she actually genuinely enjoys writing how-to guides & tutorials, fixes for common Windows/Mac/iOS annoyances, and articles about the latest tech. Partly because she enjoys the tech itself, and partly because she derives great satisfaction from helping people eliminate the technological headaches that plague their day-to-day lives.