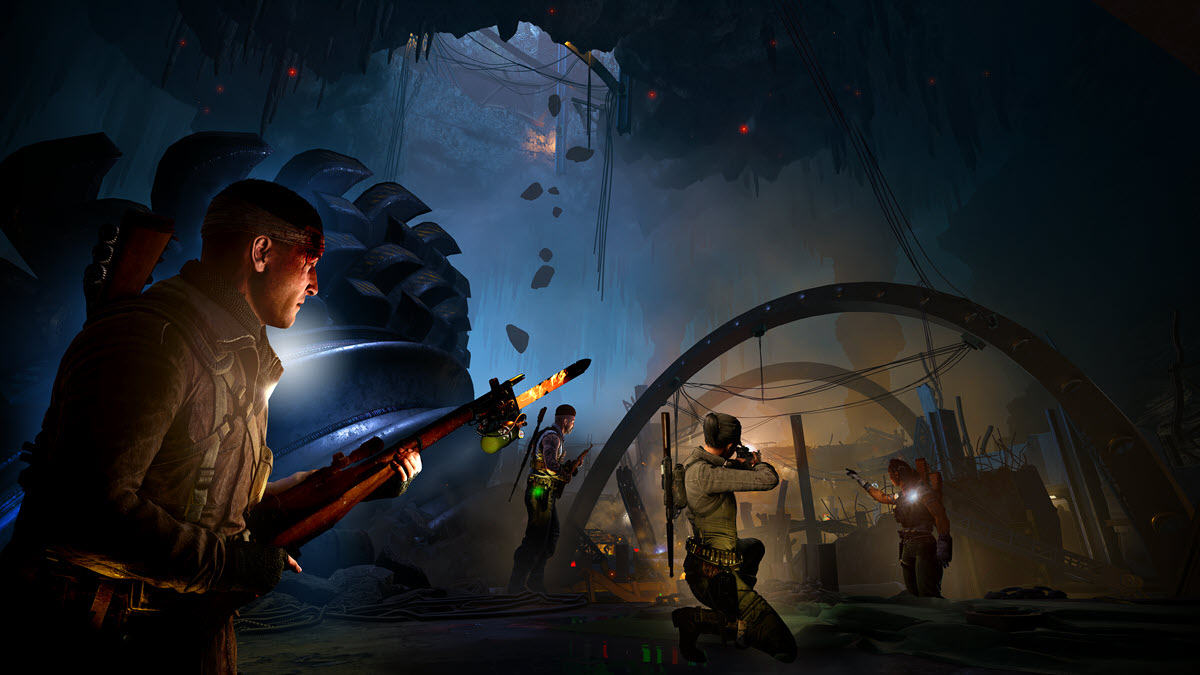 Recently, many players have reported that Zombie Army 4: Dead War keeps crashing on their PCs. If you’re running into the same issue, don’t worry! You’ve come to the right place.

In this article, we’ve put together several fixes that helped many players resolve the crashing issue. After reading it, you’ll be able to resolve this issue on your own easily!

You don’t have to try them all. Simply work your way down the list until you find the one that does the trick.

Zombie Army 4: Dead War still crashes on the PC that meets the system requirements? Don’t worry. Try the next fix, below.

In most cases, the broken or outdated graphics driver is the main culprit behind the game crashing issues.

If you haven’t updated your graphics driver for a long time, or if the graphics driver file is broken or corrupted, you may suffer from the game crashing, stuttering (FPS dropping) and even screen flickering issues.

Launch the game to see if it crashes or not. Normally, after you updated the graphics driver, the game crashing issue will disappear.

The developers of Zombie Army 4: Dead War release regular game patches to fix bugs and improve gaming performance. It’s possible that a recent patch has caused the game crash issue, and that a new patch is required to fix it.

If a patch is available, it will be detected by the Epic Games Launcher or Steam, and the latest game patch will be automatically downloaded and installed when you launch the game.

Run Zombie Army 4: Dead War again to check whether the game crash issue has been resolved. If it hasn’t, or there was no new game patch available, move on to next fix, below.

The game crash issue can also be triggered by the faulty game files. To fix this issue, you need to verify the game files. Here is how to do it:

If you play the game on Steam, follow the steps below to verify the game files:

Follow the steps below to verify the game files if you play the game on Epic Games Launcher:

It may take some time to finish verifying the game file. Launch the game after fininshing verifying to see if this fix works. If not, try the next fix, below.

If your PC doesn’t meet the recommended system requirements for the game, try to lower the graphics quality in the game settings, since a higher graphics setting will increase the workload for your PC, which may even lead to the game crash issues.

Usually, after you reduced the graphics quality, the game would run smoothly. If the game still crashes, try the next fix below.

Fix 6: Add the game as an exception to your 3rd party antivirus software

Since the game consumes a lot of memory, CPU and GPU usage, many third-party antivirus application may regard it as a potential threat and the game may not run as expected.

You can try adding the game and steam (or Epic Games Launcher) as an exception to your third-party antivirus application. If necessary, you can try to disable your 3rd party antivirus software.

Hopefully, this article helped you fix the Zombie Army 4: Dead War crash issue. If you have any questions or suggestion, feel free the leave us a comment below!