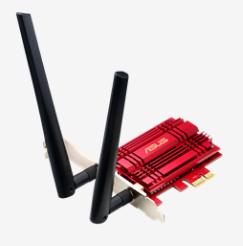 Before moving on, you should check your computer system information and know your operating system such as Windows 10 64 bit.

This requires time and computer skills.

If you don’t have time or patience, don’t worry, There is something else you can do.

If you don’t have the time, patience or computer skills to update the ASUS PCE-AC56 driver manually, you can do it automatically with Driver Easy.

Note: If you can’t access to Internet currently, you can try the Offline Scan feature in Driver Easy to update your network adapter driver even with no Internet!

How to Update Webcam Driver for Windows 10

Via Kuang 3 hours ago

Lillian is a technical writer and a tech enthusiast who loves to share technical tips and solutions to computer problems. As a Microsoft Certified Professional (MCP), she writes posts to solve various Windows system issues, and shares technical tips for gaming, video streaming, etc.